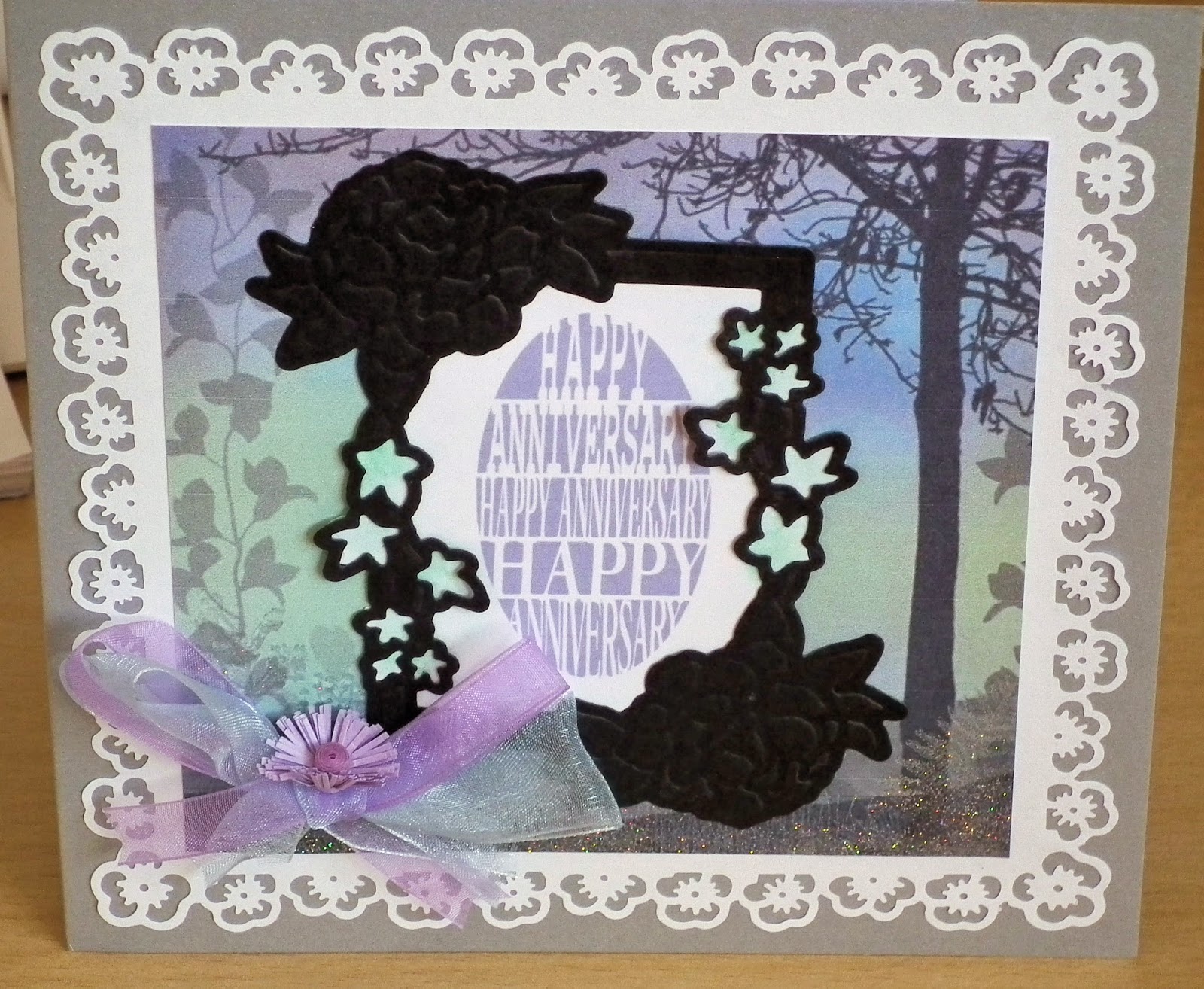 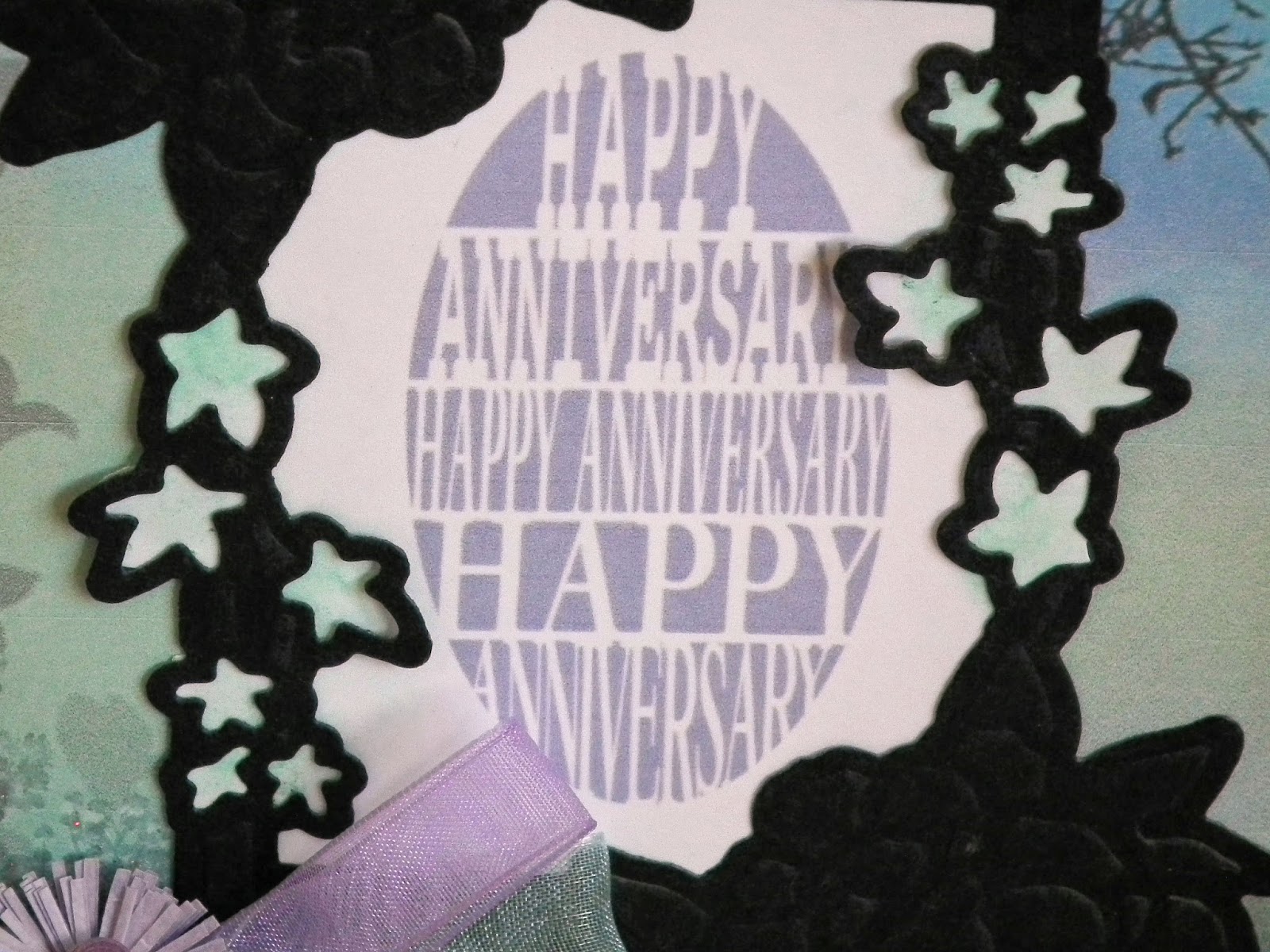 This is an Anniversary card to celebrate my Dad and Mum's 45th Anniversary.

I used a silver base square card and added a punched background paper that I made using a Martha Stewart (TM) punch around the page set.

I really liked the colours in the landscape paper so I added some glitter on the bottom and then added the paper to the card.

I made a sentiment centre with the My Craft Studio (TM) Not Just Words CD.

The die is a Tonic (TM) die that is also embossed although it is not very clear from the photograph.

I used some chalks to just add a little colour to the leaves.