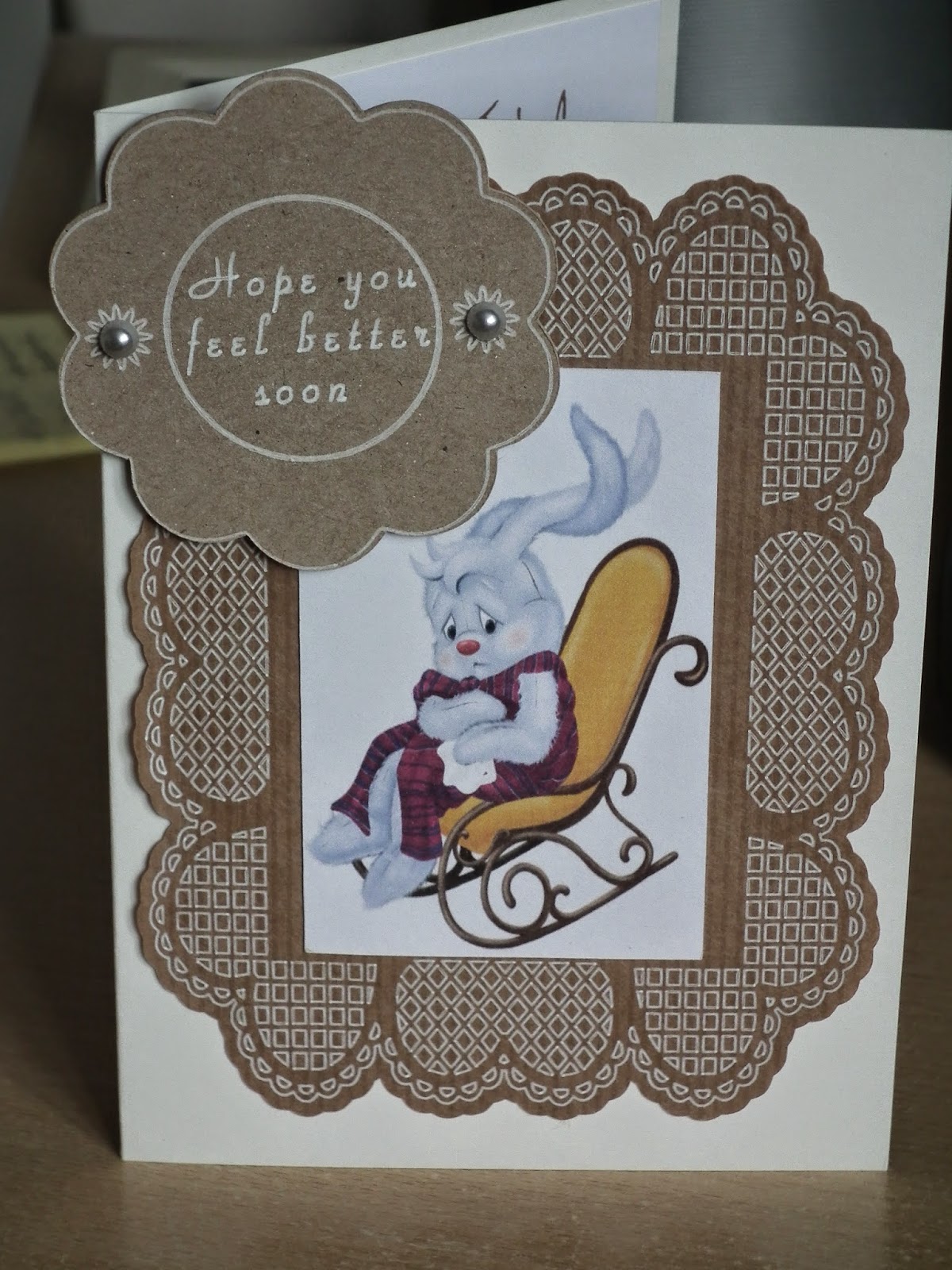 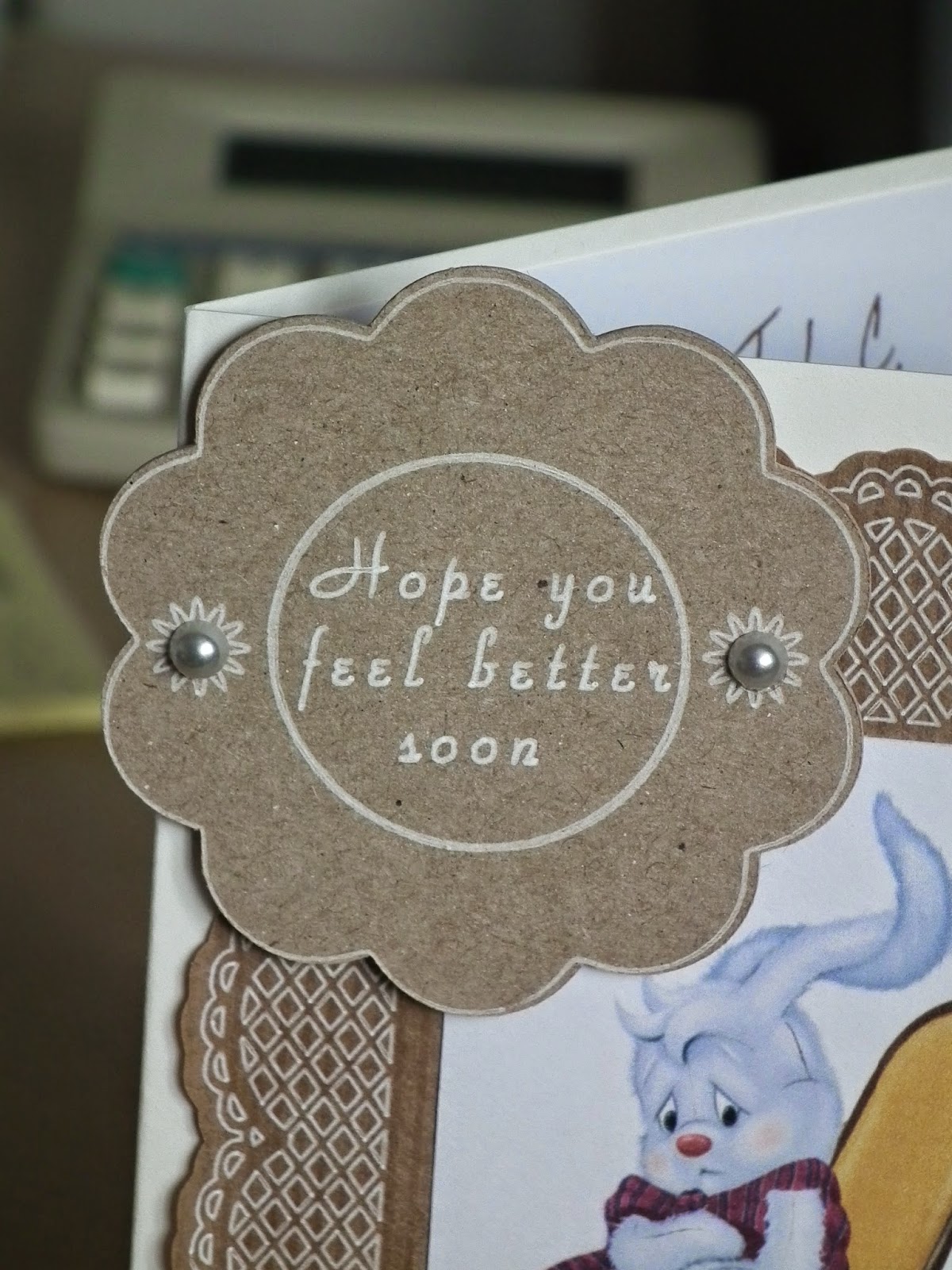 A little card to wish Suzy a speedy recovery after a recent operation.

I used my Silhouette Cameo (TM), I know there's a surprise, to do all the white work on the kraft card, I love the look that it gives.

The image is a little character called "Bunny Sniffles" who is taken from a My Craft Studio (TM) CD. 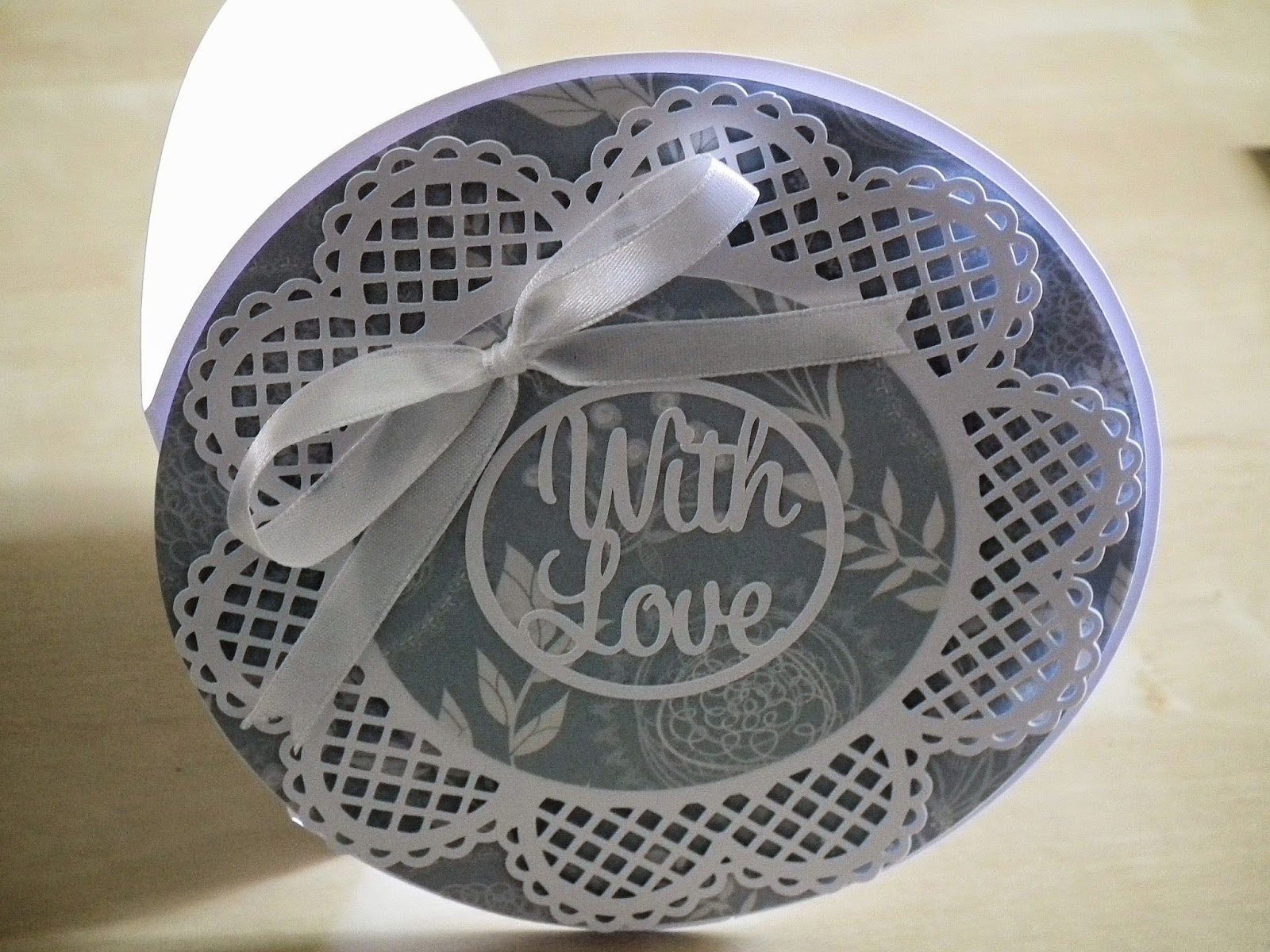 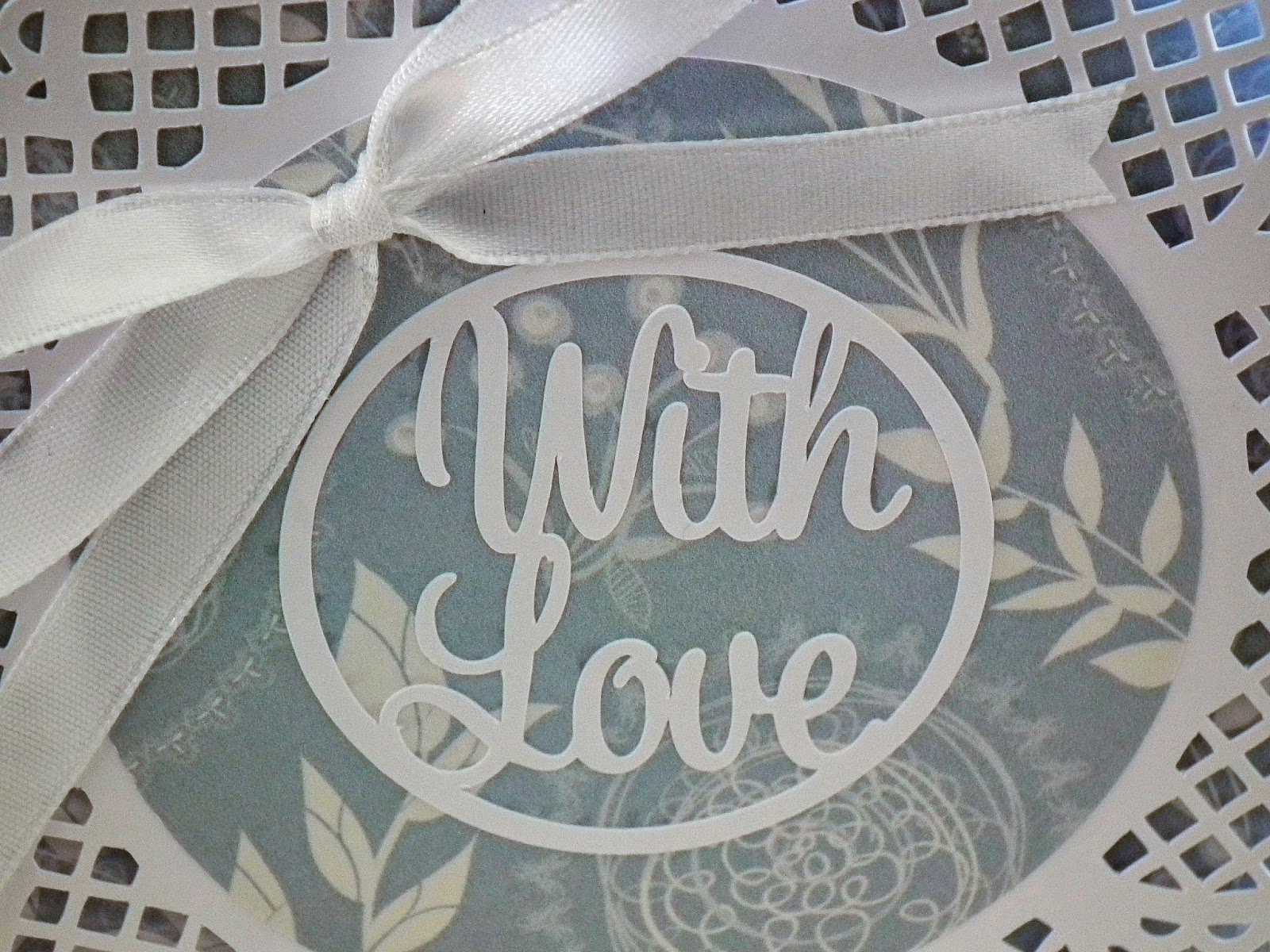 This is a card I made for a great friend of ours.

I used another cutting file from Bird http://www.birdscards.com/(TM), thanks again Bird.

I used the Papermania (TM) capsule collection CD for the background papers.
I cut a "With Love" sentiment in a circle on the Silhouette (TM) machine.
I finished the card with a white satin ribbon bow. 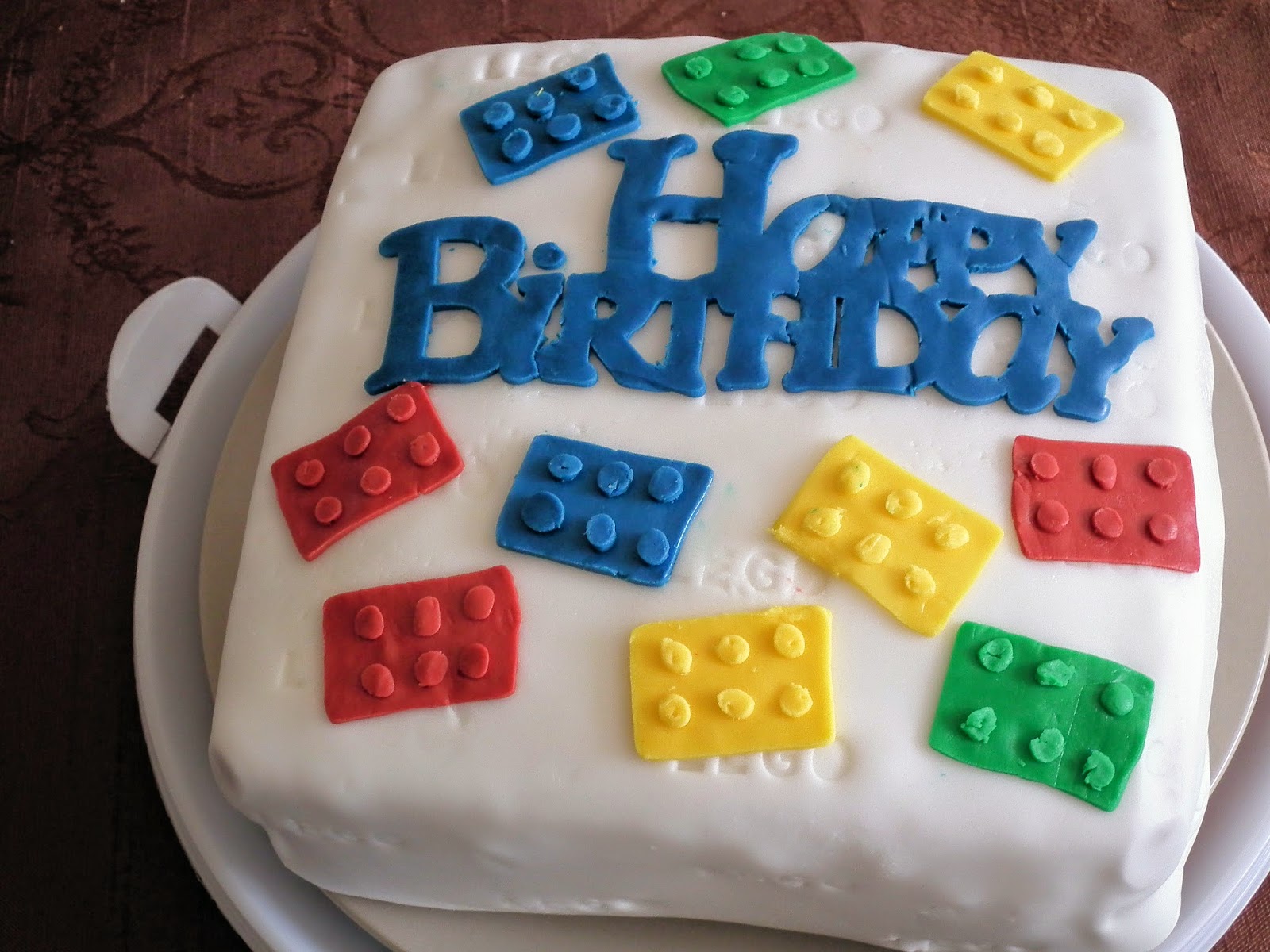 I baked a square sponge cake with jam and butter icing filling and iced with white icing.
I embossed "LEGO" in to the cake, added a "Happy Birthday" sentiment and lots of bright lego (TM) blocks in icing to finish. 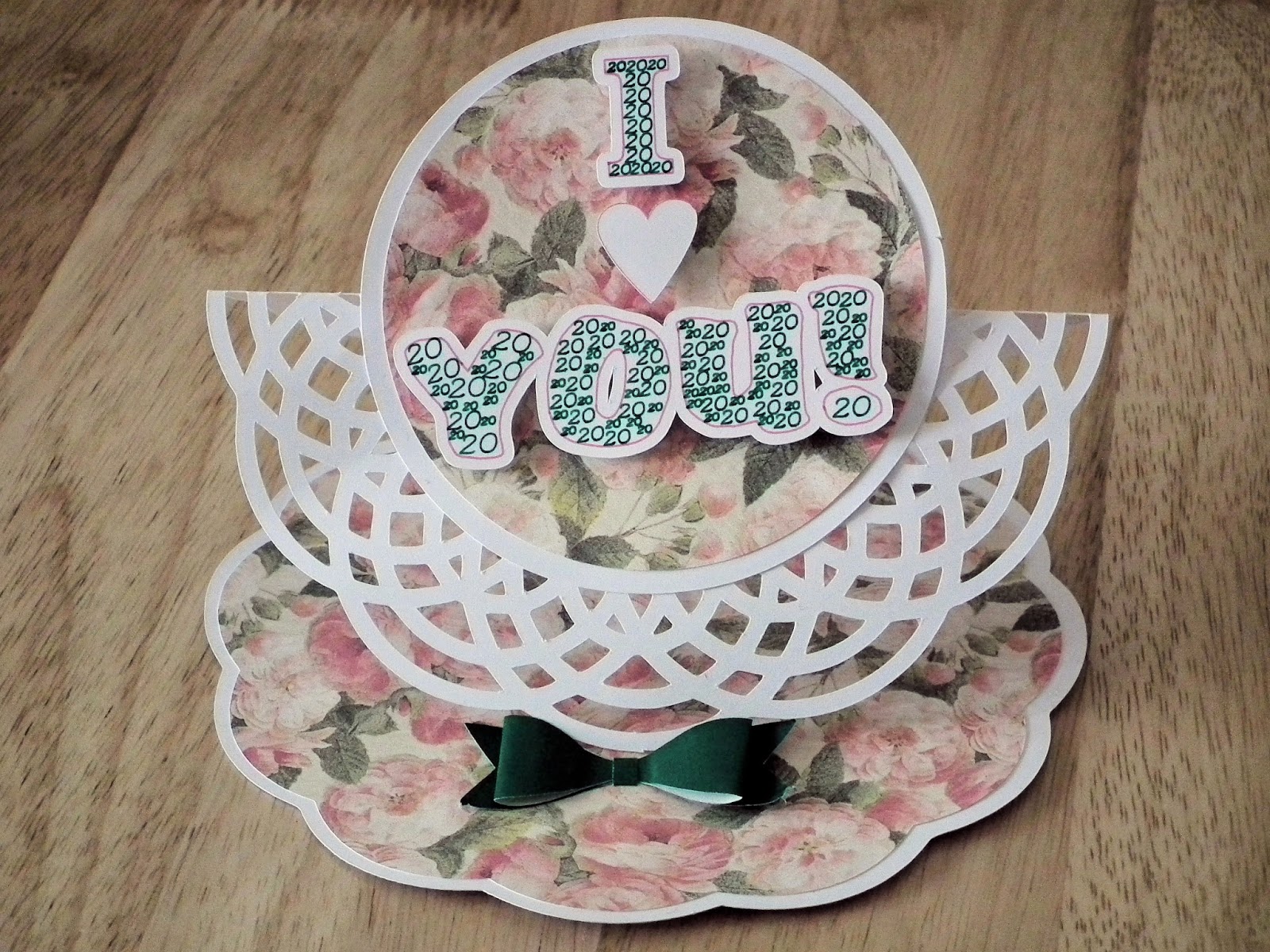 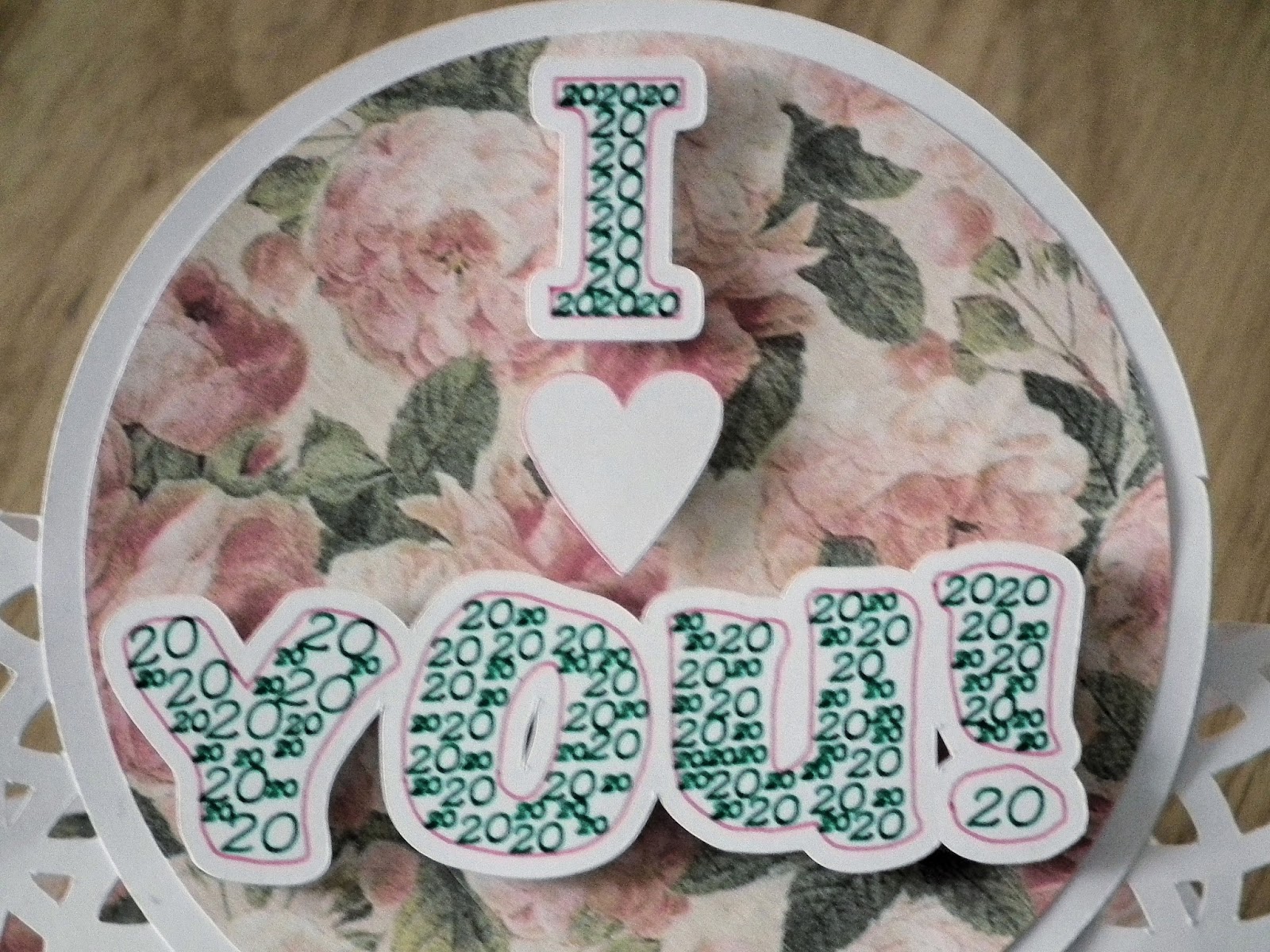 This is a template from Bird (TM) http://www.birdscards.com, thank you so much Bird, another great cutting file for the Silhouette (TM).

I cut the template from white A4 card.
I filled in the "I love you" sentiment with "20", as we have been married 20 years.

I finished with another cut file from Bird (TM). Thanks chick, this time the paper bow that works as the anchor for the card.

The background papers are from the newly released Crafters Companion (TM) Vintage CD. 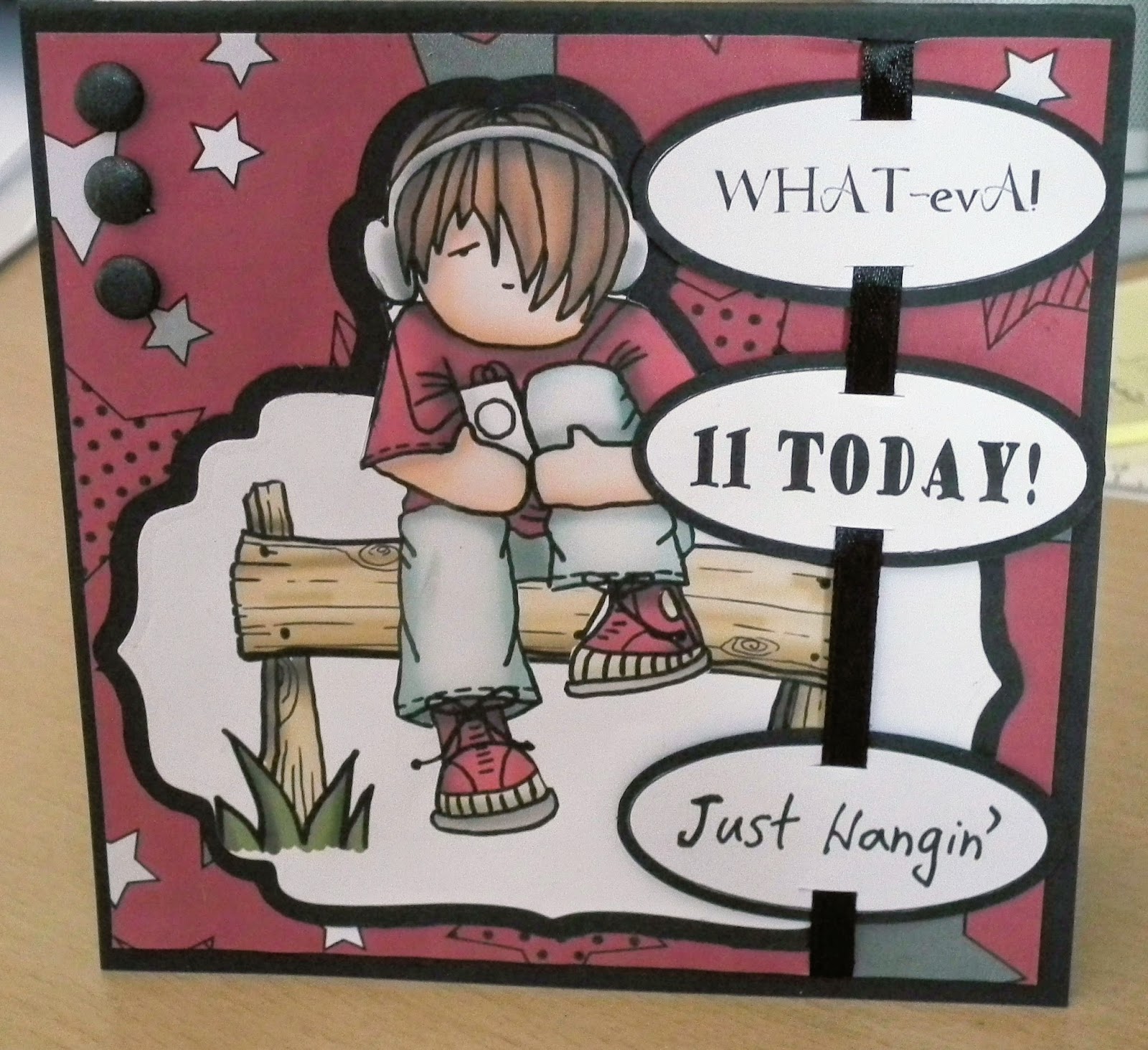 This is a card for Archie who is now a young man at 11!

I used a square base black card.
The background paper, the sentiments and the boy with his headphones are all from the Polka Doodles (TM) Pretty Tuff CD which I love.

I used my Silhouette (TM) Cameo machine to add a mat for all of the sentiments and for the image of the boy.

I threaded black ribbon through the sentiments and added some Card Candy dots in black from Craftwork Cards (TM). 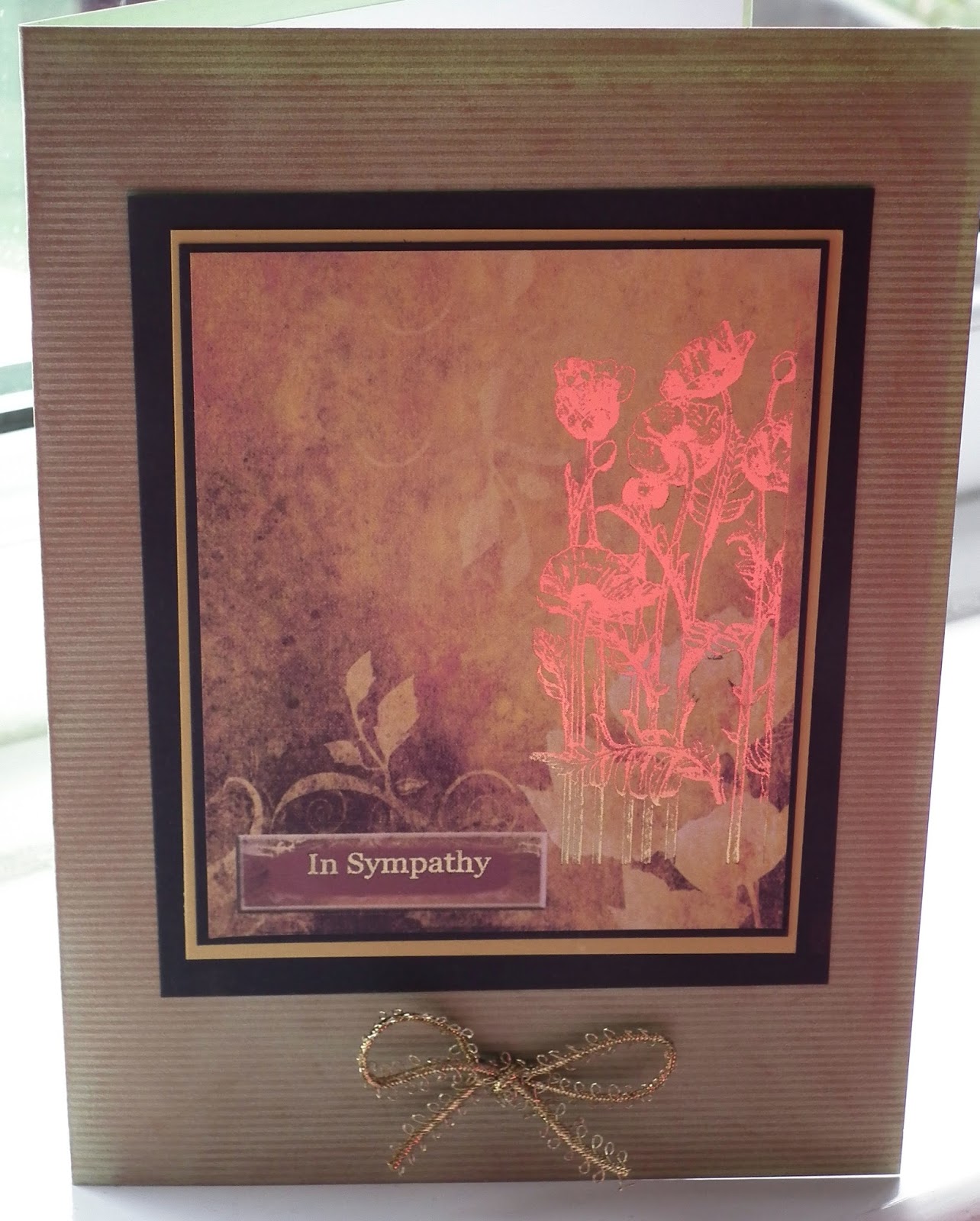 Yet another Sympathy card I am afraid.

This card I made for a good friend down the road who has just lost her niece to cancer.

I made the card by folding an A4 piece of card.
I used gold wax to cover the background of the card.
I added a topper that I matted and layered on to the card.
The topper has been foiled using my Letraset (TM) foiling machine to add interest to the poppies and also to the sentiment.

I added a bow at the base of the card.
Thinking of you all at this sad time. 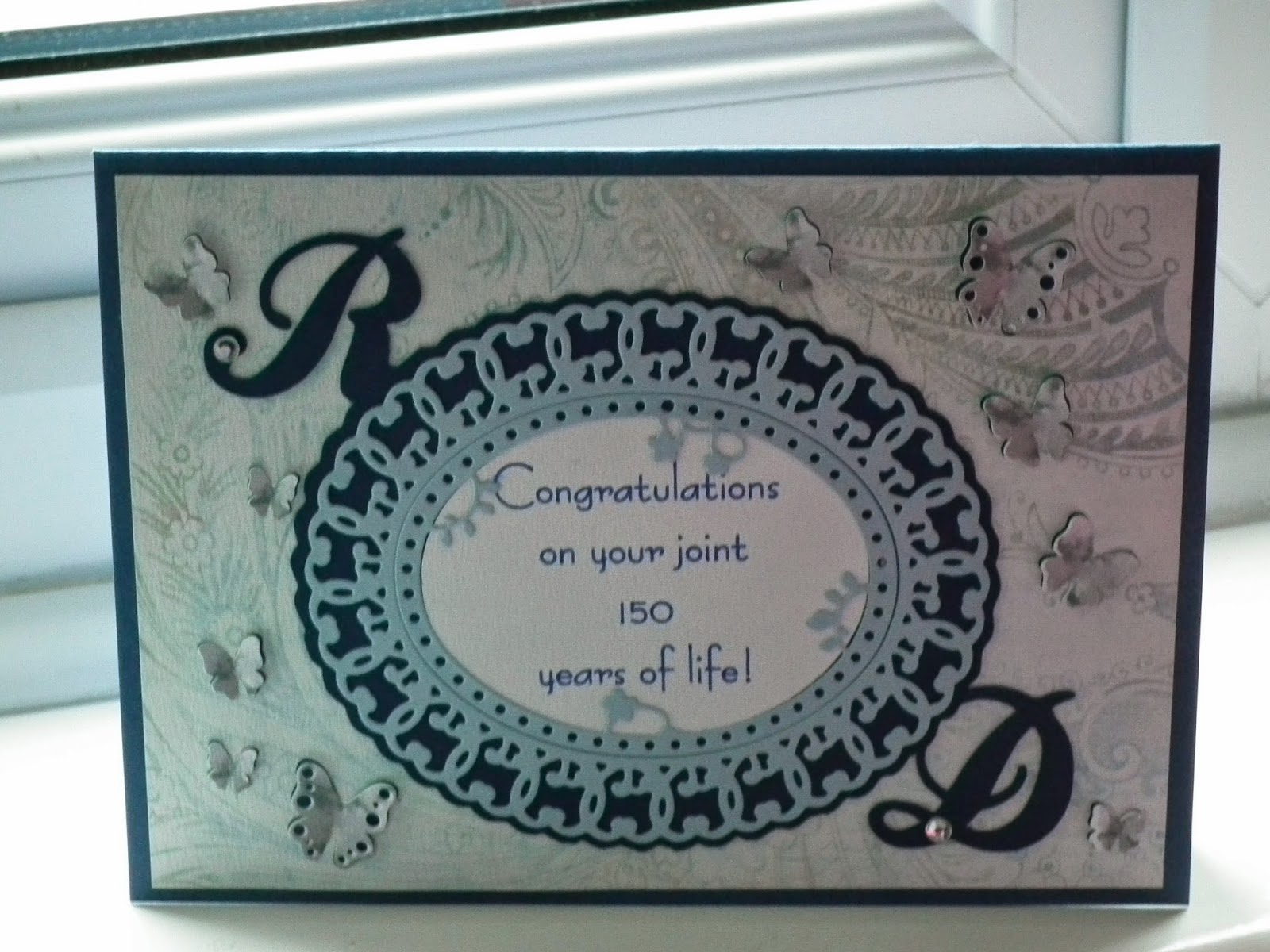 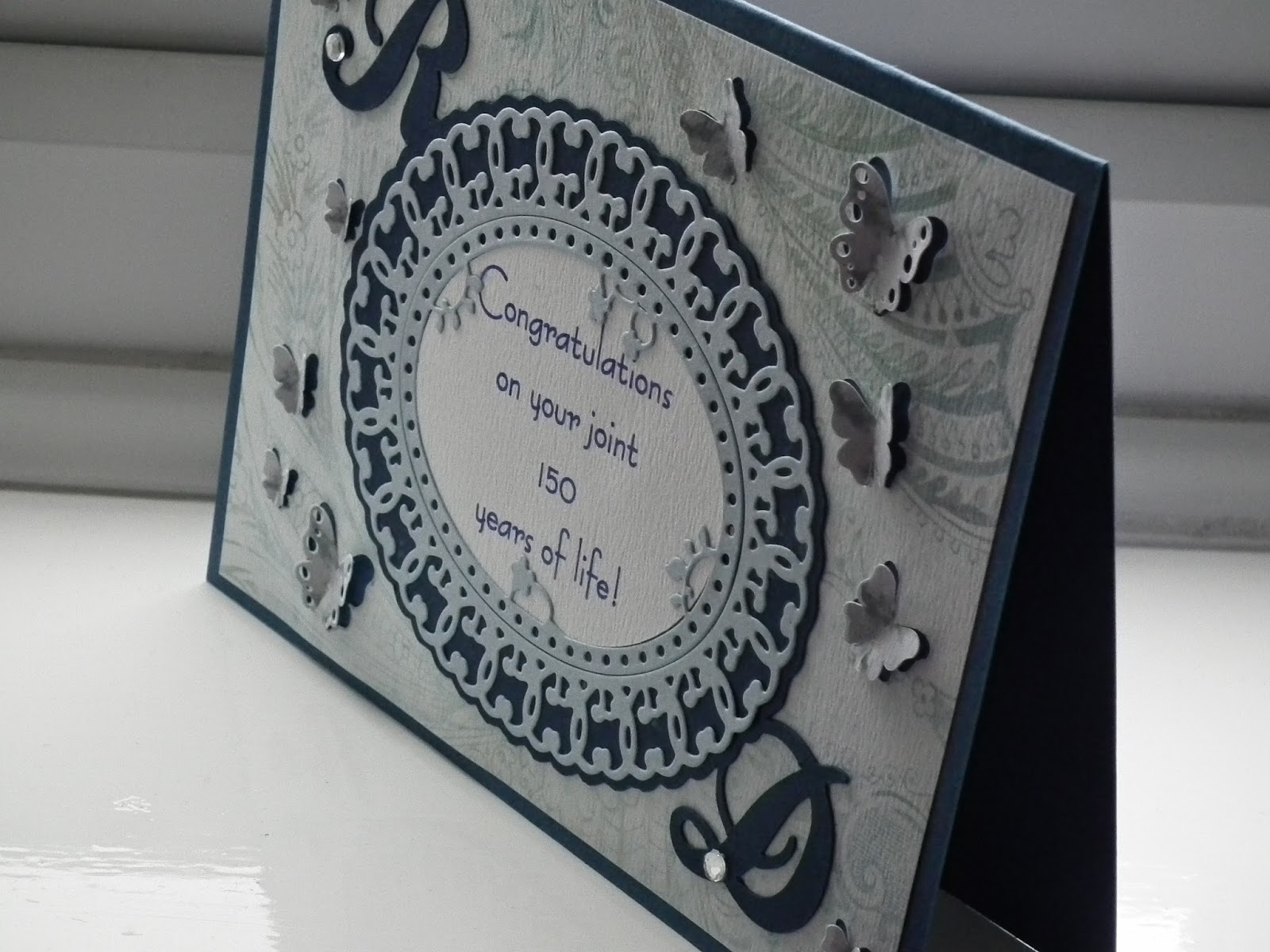 This is a commissioned card that I made for Chris, our neighbour.

The couple are celebrating 75 years of life each and so Chris thought it would be a good idea to celebrate 150 years rather than just 75 each!

I folded an A4 card in half to make an A5 card.

The background paper was taken from a My Craft Studio (TM) CD.

I used a Tattered Lace (TM) oval die to frame a sentiment that was written using the Silhouette Cameo (TM) machine.

I then added a background to match the base card and incorporated the "R" and "D", the initials of the couple celebrating.

I added some butterflies that "fly" from the page as an homage to Chris as he bought us a gift at Christmas that started me thinking!

I then added some gems to finish.

I really hope they like it, I must admit, I don't think they will get another!!!!
Posted by Claveh at 02:45 No comments: