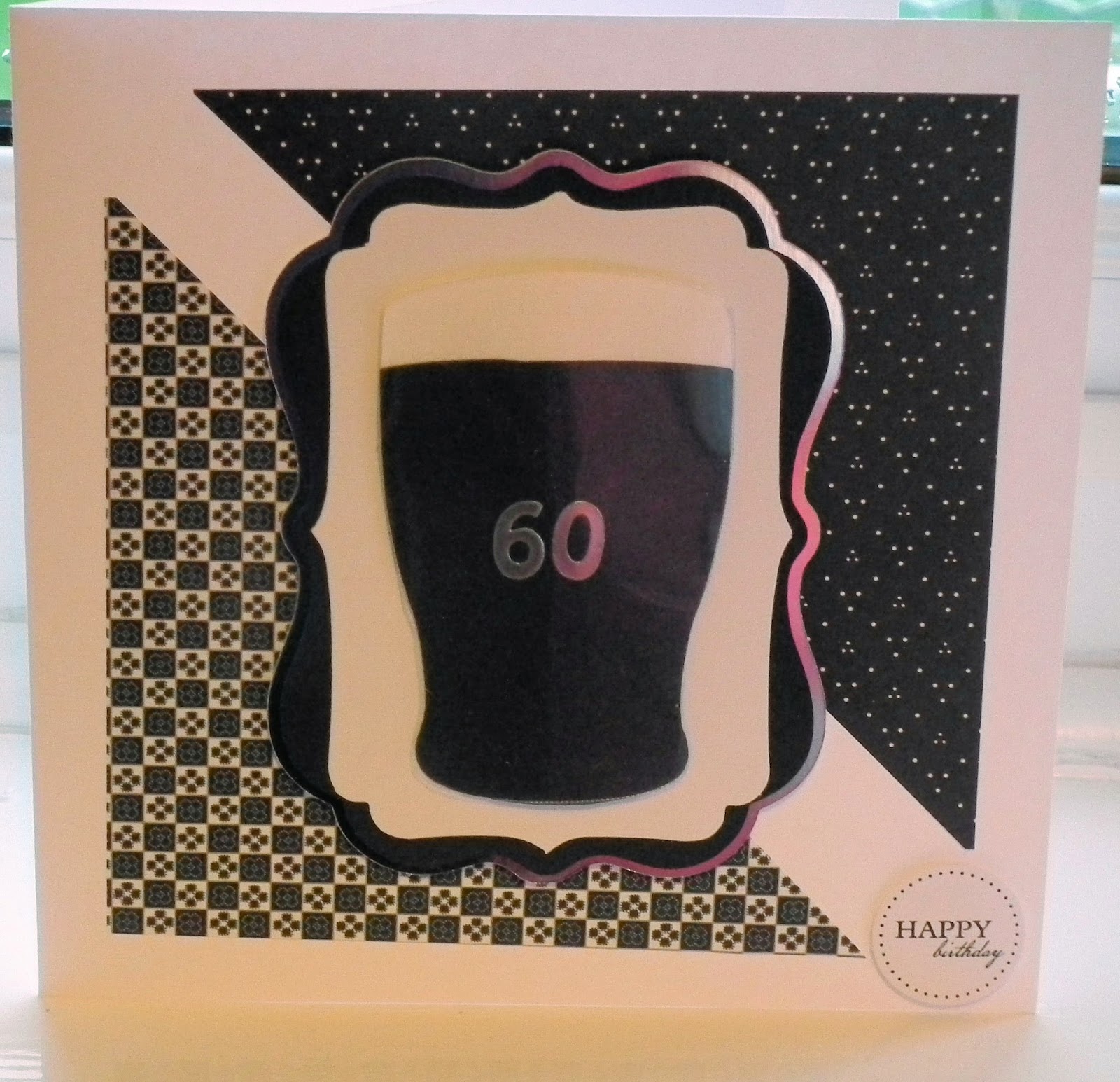 I have just decided, we know a lot of people called Peter!

This card is made for our daughter-in-law's step dad who celebrates his 60th on 30th April.

We went out with the family the other evening and Pete had a Guinness (TM), so I thought, great, I will run with that, he also wore a black and white jumper which just added to the irony!!

I cut a 6 X 6 background paper in both designs and sliced them horizontally to give the background effect.  You guessed it, I have another set of triangles for another Guinness card when needed!!

I cut a pint glass shape in white on the Silhouette Cameo (TM) machine and then another in black which I cut shorter to give a "head" on the drink effect.

I added a "60" peel off and covered the whole glass with acetate so that it looked like a glass.

The pint glass was mat and layered on to white, black and silver layers to let the main image shine!

I added a Craftwork Cards (TM) sentiment to the bottom corner.