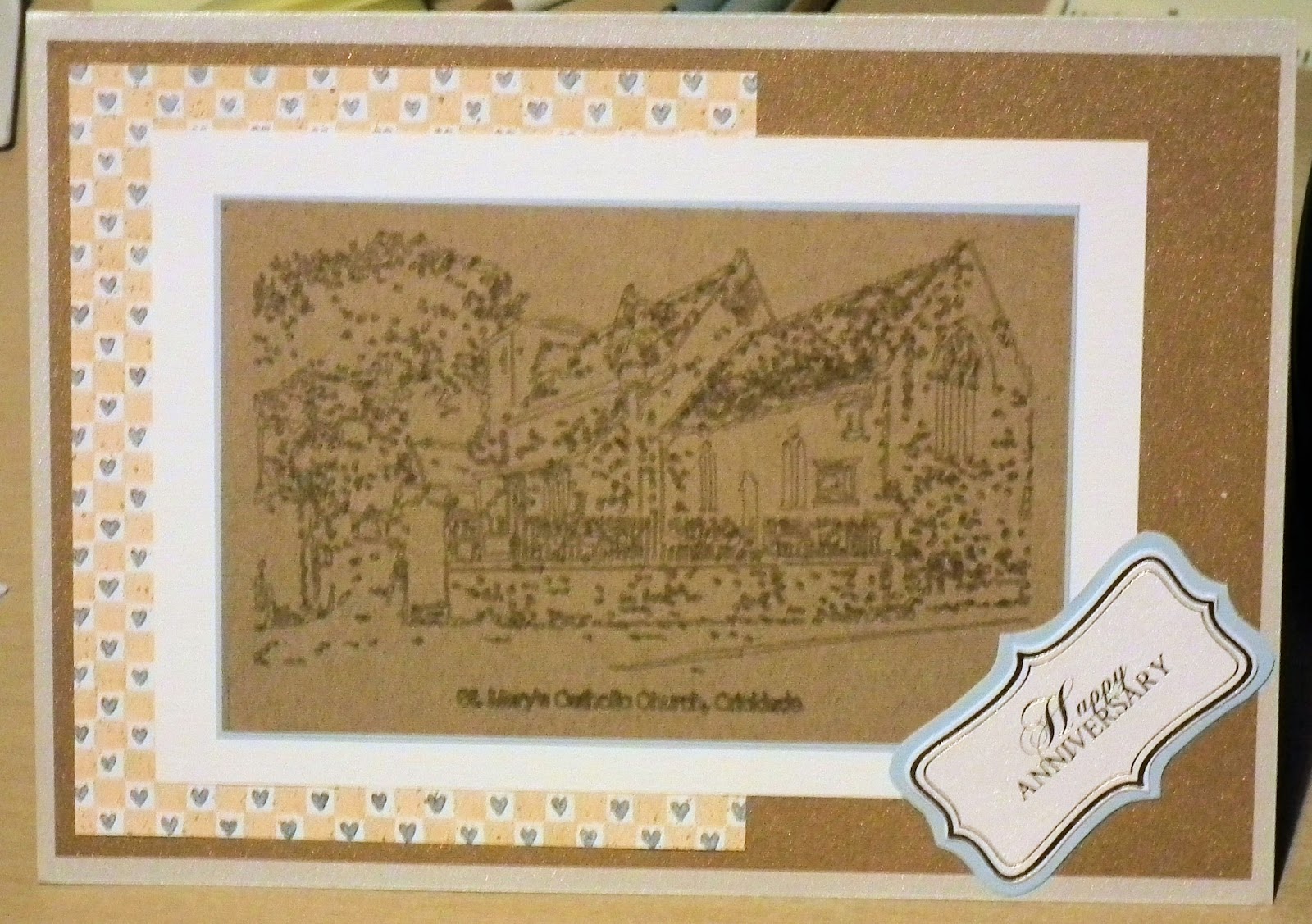 This is an Anniversary card for our daughter-in-law's Step Dad and Mum.

This is an A5 card base with a pearl effect paper for the background.

I used a Sizzix (TM) A6 paper with hearts on to add a little interest to the back of the main image.

The image is taken from a photograph of the church where Peter and Catherin got married last year in Cricklade, Wiltshire, which was drawn using the Silhouette Cameo (TM) sketch pen facility.

I matted the image on to a white background and then added a "Happy Anniversary" sentiment with a blue mat to go with the blue hearts on the Sizzix background paper.

I cannot believe one year has already flown past since the lovely day of the wedding.